An Open Letter to Everyone, Regarding Amazon and Hachette 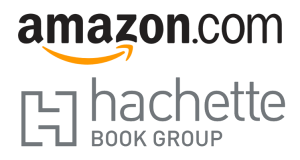 Over the past few days, feuding letters have been sent out regarding the ongoing (and very regrettably public) negotiations between Hachette and Amazon.  On August 8th a group of authors, consisting of those published by Hachette and those who are not, published an open letter in the New York Times encouraging Amazon to work in the best interest of authors and readers, and back down on its demands.  That was also on a website titled “Authors United.”

Recently, Amazon responded with an open letter to readers, on a website entitled (I’m sure not combatively) “Readers United”, complete with the email address of Hachette CEO Michael Pietsche, about why their position is better.  There is an auto-response from Pietsche to anyone who emails him, with his own letter of response about their position, which can be read here.

In the opposite direction, an open petition telling Hachette to give up its position has collected over 8,000 signatures on change.org.

So here’s my open letter to individuals, regardless of being an author, readers, or otherwise.

I agree with Amazon that lower prices helps result in better sales.  My publisher, Untreed Reads, prices its books at $4.99 across all retailers.  And I agree that the rise in epublishing has lowered the overall costs in both book publishing and book sales.

But publishing a book electronically has many other costs and concerns.  Most notably, the costs of marketing a book has become increasingly difficult in a very saturated place to get noticed.  There have always been challenges in doing this, no matter the technologies, and while the challenges today are different than they were even 15 years ago, that does not mean that meeting the challenges aren’t difficult and potentially expensive.

Lower prices for everything would be awesome, but it doesn’t always work that way.

What I personally believe is that the publishers of any kind of content should be able to set their own prices.

Amazon’s letter speaks in terms of high-volume sales, where books sell in the hundreds of thousands.  Not all books have those numbers.  My novel, To Hell With Fate; or, Why The Best Valentine’s Gifts Come From Mini-Marts, has yet to reach the point where I could discuss sales in the multiples of hundred, much less using the word hundreds to describe the multiples of another larger number.

At the level where I am at, the costs of running my website are higher than the profit I make on my royalties.  Much less my personal attempts to advertise.  If I do a reading, it is very possible that the costs of fuel and parking might outweigh my royalties for the quarter.

At that level, my numerical sales are not heavily impacted by price.  After all, my book is half the price of Amazon’s desired price level.  I haven’t seen a level of sales that Amazon likes to talk about by having a very inexpensive book.  A couple of extra dollars per copy makes a very big difference to the many authors at my level.

But, it is my choice to work with a publisher who prices books at a lower price.

It is my choice.  Not Amazon’s or anyone else’s.

That is why, in general, I have more support of Hachette’s position.  I still think many parts of the publishing industry are stuck in the past, and would love to see newer ways to outreach to readers and enable authors.  But in this particular dispute, that is my opinion.

That said, Amazon has chosen to put authors in the middle of this dispute.  By withholding certain authors’ presales and delaying deliveries, Amazon put this conflict in a very personal level for me, even if it wasn’t me being affected.  And then, in their open letter, Amazon has tried to put the blame on Hachette for this, trying to use those authors as an emotional point for people to support them.

I do not find this appealing at all.

Due to this, I am taking my own action.

While I will continue to honor my reader’s choice of where they wish to purchase books, I will place Amazon in the lowest level of priority on my own pages where people can find links of where to buy my books.  I am also adding a note as to why I am doing this, encouraging readers to purchase from elsewhere, that also support Kindle e-readers.

I realize the absurdity of this.  As I noted before, my sales can’t even be listed in the plural of hundred yet.  Even if they did, the impact on Amazon’s bottom line would be negligible.  But It is what I can do, so I will do it.  But if you’re also an author, I encourage you to do the same.  A lot of people doing small things can build to something bigger.

And if you’re a reader, I encourage you to explore the many other options for buying books, electronically and otherwise.  I’m hardly Ayn Rand, but there are some powers the free market has.  Please use it.