The Soundtrack of My Life: Disc 1 – Eternal 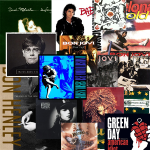 I grew up in the 1990’s, when mix tapes became all the rage, but before CDs made it easier.  It took time to put together a mixtape, and a lot of planning.  There were two sides, and you had to time things out properly so that you weren’t left with awkward periods of silence on your own tape.

But most importantly, mix tapes and later mix CDs allowed people the first chance to make their own music lists.  Music for different moods, or different reasons, or different people.  Nowadays, making a mix tape is so cliché that it’s cheesy, but it was the shit back in the day.

When it was still tapes, I began to make sure I had a tape of the music that meant the most to me.  I’d update it every year or so, carefully choosing a song or two I might replace, or at least redoing the tape so the quality stayed good instead of getting worn down.  After a couple of years, I needed two tapes.

When the CD-R rage came around, I began needing more.  It was also easier to make, so I began making more CDs, and organizing them around periods of my life.  And the discs kept coming.

Even though in this day and age of iPods I don’t need CDs anymore, I’ve kept my personal playlists organized that way.  No more than 80 minutes to represent a period of months.  I’m now 13 of these playlists into my life.  Maybe it’s passed its usefulness, but I still treasure these playlists.  Twice a year, I play through them all, from start to end: once at my birthday in June and the other for the New Year.  And the songs remind me where I’ve been, and where I came from.

In the absence of blog posts recently as I work on the next novel, and perhaps as an impetus to keep writing, I’ve decided to share these playlists, and the significance of the songs within with everyone.  I might regret sharing these…but oh well.  You’ll find classic songs you might remember (or have forgot), songs you wish you had forgotten, and some songs (or versions) you missed that Spotify wish it had.

And if you have your own personal playlist, consider sharing it out there.  And if you don’t….what would yours be?

Most of my playlists have names that come from the songs within, and almost all represent a period of my life.  Not this one.  These are the songs that connect the most with me, or mean the most.  They are songs that do, or I feel will, represent who I am the rest of my life.  These could change over time, but a song really has to connect to make this list. 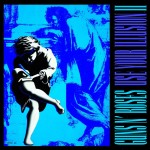 When I find out all the reasons
Maybe I’ll find another way
Find another day
With all the changing seasons of my life
Maybe I’ll get it right next time
And now that you’ve been broken down
Got your head out of the clouds
You’re back down on the ground
And you don’t talk so loud
And you don’t walk so proud
Anymore. And what for?

I love this song, and ever since high school, it’s been my favorite.  Clocking in at 9 minutes and 24 seconds, it’s long, and there’s two distinctive parts of the songs, with three distinctive moods.  It’s emo at the start, motivational in the middle, and after a blast of anger it’s just hopeful enough.  Few songs feel as epic as this, especially anymore.  It’s the pinnacle of Guns N’ Roses at their best, and the best musical expression of long-standing internal conflicts I have. 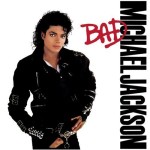 Talk about a song where I never got the lyrics right when I was a kid.  Oof, when I read these lyrics nowadays it hurts how bad I screwed up the lyrics.  But this was one of the first songs where I felt motivated positively by music.  I didn’t listen to much music when I was young, but Michael Jackson was one of them.  And between Bad and Dangerous, he made such awesome music.  Michael doesn’t make many appearances on my lists, but this song as much as any of his really helped me grow. 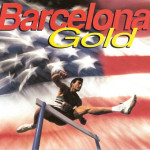 #3 – This Used To Be My Playground – Madonna – Barcelona Gold

No regrets
But I wish that you
Were here with me
Well, then, there’s hope yet

A song that is not on the CD everyone thought it was.  It wasn’t on the soundtrack for A League Of Their Own, despite being featured prominently, I found it on the limited CD Barcelona Gold.  This song probably qualifies as being overly cheesy and pointed, but this was Madonna at her best, able to insert an amazing level on genuine emotion while even in her truly most provocative days.  In particular, this song reminds me of high school (I walked through the empty school days before graduating listening to this song), but it’ll fit almost anywhere I spent lots of time. 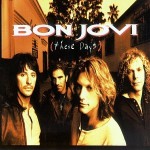 Jimmy Shoes busted both his legs, trying to learn to fly
From a second story window, he just jumped and closed his eyes
His momma said he was crazy – he said momma “I’ve got to try”
Don’t you know that all my heroes died
And I guess I’d rather die than fade away

Another nostalgic song about growing up, see a theme?  Maybe I just never grew up…or have never accepted doing so.  In retrospect, I might hate this song, but the album this came from was one of the ones I listened to most during one of the most formative periods of my life, and it evokes those thoughts.

Talk about some evocative lyrics.  Washing away the sin, by seemingly committing what some might call a sin?  And boy, you can picture that moment…but sometimes I think only when thinking of being young.  When else do girls have hair long enough to spill all around their lover?  The ambiguity of putting up a line like “Offer up your best defense” immediately after discussing an obvious lovemaking reference has also challenged me for many years about what’s being said underneath this song.  But still, one more song about growing up when we didn’t mean to. 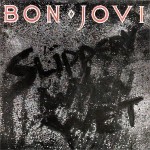 Gina dreams of running away
When she cries in the night
Tommy whispers baby its okay,
Someday

More Bon Jovi…be ready for lots.  This song transitions into a different part of this playlist, with specific songs that were milestones for me other than just songs that are evocative of my moods.  I still remember the day, over at my friend James’ house, where he played the radio.  I didn’t listen to the radio at the time.  I had a couple of albums, and that was it.  And this song was on the radio.  I’m not a music lover by any means, but this song kicked in whatever song loving I do now. 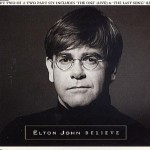 This is a song with such amazing lyrics and poetry.  And no song has ever represented my dreams of what I’d find in life more than this.  So maybe I should blame Elton John.  Maybe these views aren’t politically correct…unless you’re hopelessly in love.  But I definitely would love to find this feeling again. 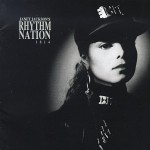 Reading these lyrics, this feels like a call to action of one of the 99%, but this was the mantra at least of half of an album by a pop star who has, like Harvey Dent, grown to become a pop villain (or at least, an irrelevant joke).  I hate to say that, because I loved Janet Jackson’s music of the ’90’s.  But this album gave me hope during a particularly depressing part of my life that someone was paying attention.  It doesn’t hold up in an increasingly jaded internet age, but it was a moment in my life that helped me keep moving forward, much like her brother’s song. 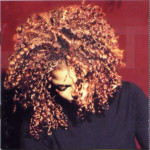 Heh, these lyrics might as well be the opening to this blog post.  This was the other side of Janet Jackson that I loved, which was represented by a pair of albums that were very revealing, or at least were supposedly revealing about who Janet was.  But it also led me to believe it was okay to share such parts of myself.

So, blame her when I overshare.

Much like Elton John’s “The One” is about the love I want to feel, or the girl I want to meet one day, this song was one that made me think about the man I want to be, or that I should be.  I’ve fallen far from the ideal at times, but this idea is still something I think about.

I drive on her streets ’cause she’s my companion
I walk through her hills cause she knows who I am
She sees my good deeds and she kisses me windy
I never worry, now that is a lie

Well, this song might be too obvious, but oh well.  It was written about L.A., but when it comes to talking about a city with hills, there’s only one I think about.  Some of my most peaceful times were spent walking through San Francisco, and I do love this song as the anthem when I do it. 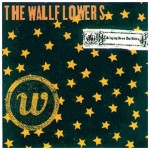 #12 – One Head Light – The Wallflowers – Bringing Down The House

A rather blatant song about a more literal death than the metaphorical death of childhood, but this song always had a sense of hope and continuing on after a tragedy.  From the moment this song came out, it hit me hard but in a way that feels better than some of the sad, defeated tunes out there. 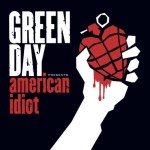 She sees the mirror of herself,
An image she wants to sell,
To anyone willing to buy

He steals the image in her kiss,
From her heart’s apocalypse,
From the one called whatsername

The most recent song on this list, this one is the opposite of Elton John’s ideal.  This is the evolving ideal of how the girl of my dreams might be…and how I might have reacted around her in the past (or will in the future).  Those two lyrics in particular really hit me in how the girl I’ve idealized might feel.  It also is one of my favorite tidbits in one of my favorite albums, and the subtle signs in how the songs tie together, with the reference to another song called Whatsername.

We’ve got to hold on, ready or not,
You live for the fight,
When it’s all that you’ve got…

You’ve seen this song before.  This starts a trend of me using two different versions of songs throughout my playlists.  Where the original ’80’s version was a rock anthem, this was the low-key, emo version of the ’90’s.  The same lyrics take on a whole other mood with this song, and it’s placed almost perfectly at the end of “Side 2”, where the other version is the end of “Side 1”.  The mirroring effects of this song perfectly fit my evolving attitudes of life. 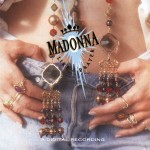 Little girl, you’ve got to forget the past
And learn to forgive me
I promise to try — but it feels like a lie

When I listen to this song, Little Girl is someone specific the song is being sung to, even if Madonna was (probably?) singing it to her past, younger self.  Listening to this song reminds me of the things I’ve failed to do in my life, and the people I’ve hurt and let down.  Maybe I shouldn’t end off this playlist with this song, but for me, I need to remember my failures more than my successes.  I’m a sadist that way, but it’s what reminds me to always be better.