Camp NaNoWriMo, and hopefully a push to finish the Second Novel 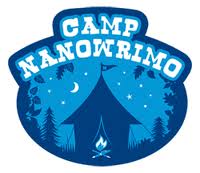 Camp NaNoWriMo has begun for July, and I’m going to participate and use it as motivation to finish my long-in-progress second novel.

For those who are not familiar, NaNoWriMo stands for National Novel Writing Month.  That is held every November.  This is the summer version, which is actually held twice (once in April, and again in July).  The challenge?  Write 50,000 words of a novel from scratch.

I’ll keep posting updates on here, mostly of a small amount because, damn, words.  I’m also writing blogs at least three times a week for The Lunatic Fringe as well, of course, not to mention the comic.  And occasional other projects for others’ private enjoyment…

So, here’s to an interesting July.  I have a vacation to Las Vegas planned in the middle of the month for a friend’s birthday, and of course the end of July is the big baseball trading deadline, which tends to be an interesting time for us baseball writers.  In the meantime, I’m sure my editor is eagerly awaiting my emails.