To Hell With Fate;

or, Why The Best Valentine's Gifts Come From Mini-Marts 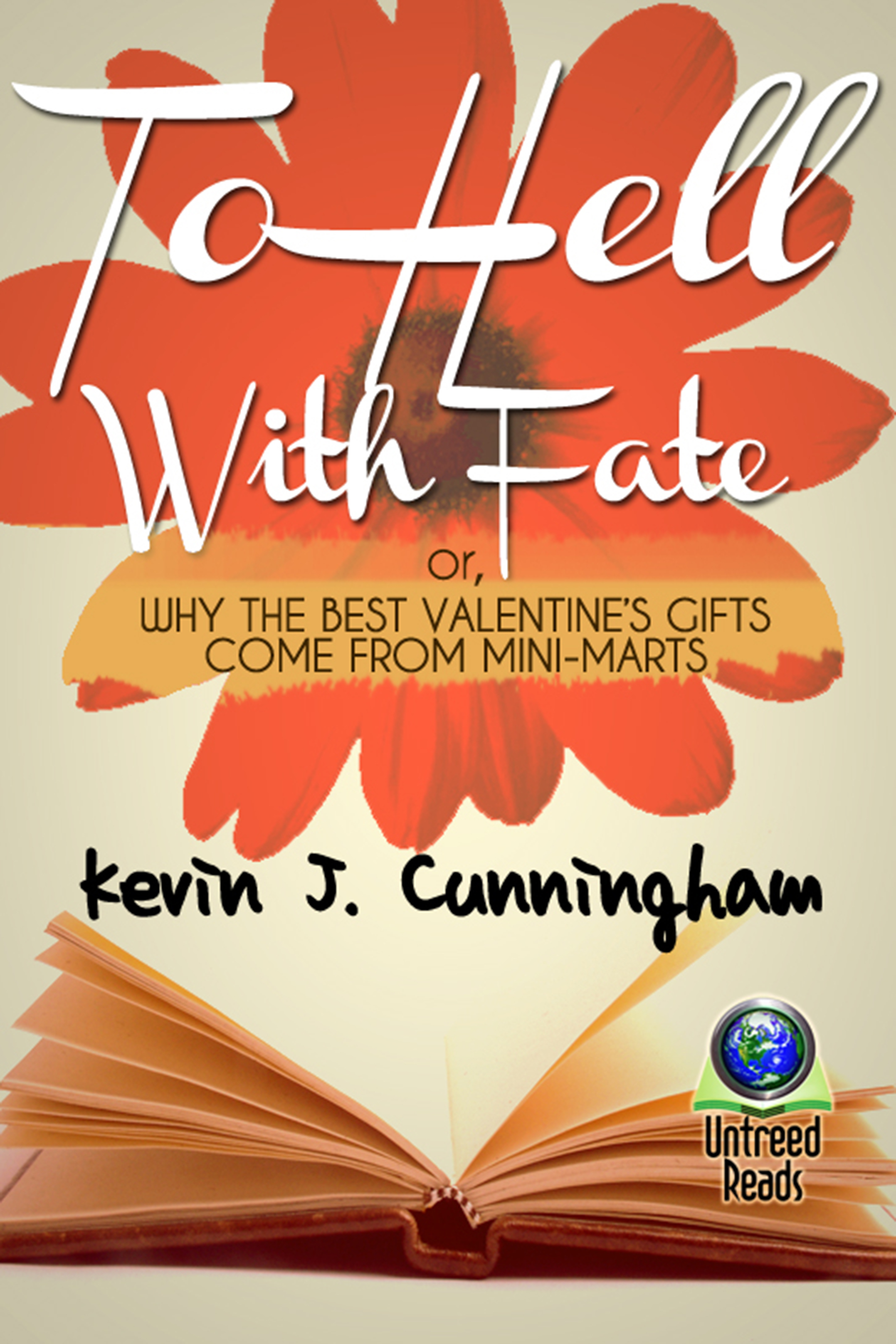 Young love is a myth.

It’s something we’re conditioned to expect by movies and stories. It’s something we all wanted but could never find. And even when we got older and discovered the truth, we still wish, just a little, that we had had it.

To Hell With Fate; or Why the Best Valentine’s Gifts Come From Mini-Marts is the tale of two young cousins who find themselves bored to tears at a family funeral. In their boredom, they find another cousin willing to tell them a little story about his young love: how a simple Valentine’s Day gift became one of the best things he’d ever done. He’d intended that to be a momentary distraction, but the girls began to want more.

Soon he was telling them about the two girls he knew that took part in that story. The one that he very publicly had a crush on, the one that he privately cared for. The stories were about how he met them, and how they got to that Valentine’s Day. He told them about going to Paris in college, and how one of them ended up joining him there. But it was up to them to figure out who it was.

It was a fine story on its own, but as the girls dug deeper, they find themselves enveloped in a longer saga, told one piece at a time. One about the difference between a crush and love. One that challenges their notions of fate and perfection. One about how our own worst enemies can be ourselves, and how in the end, we’re all just a little messed up.

To Hell With Fate; or Why the Best Valentine’s Gifts Come From Mini-Marts is the first book from author Kevin J. Cunningham, and is published by Untreed Reads.  It is available in ebook format across all major ebook stores, and is available for print on demand from the Untreed Reads store and other stores.  The cover was done by Ginny Glass, at WordSugar Designs.

“The secondary characters were so well developed they could have almost carried the plot without Samantha’s presence. Joseph’s playful sense of humor and willingness to do almost anything to keep the peace quickly cemented him as one of my favourite extended family members.”

“To Hell With Fate was a delightful read and the perfect book for anyone who has ever had conflicting emotions about their family of origin or sat in the corner wondering how they ended up with such a hodgepodge of well meaning (if overbearing) relations.”

Buy at the iTunes Store

Buy at the Nook Store

Buy at the Kobo Store

Due to Amazon’s conduct during its dispute with Hachette, I have chosen to place Amazon’s link at the bottom of my page.  While I know that, for the many users of Kindles, purchasing from Amazon is the most convenient way to do so.  However, I encourage you to purchase from one of the other retailers, many of whom sell Kindle-compatible formats.  In particular, I recommend the Untreed Reads store.  To read why I have done this, please click here.